The Club was founded in 1969 by 19-year-old Murray Higgins, of Blockhouse Bay. The owner of a 1948 Mk IV, Murray placed an advertisement in the Public Notices section of the New Zealand Herald inviting Jaguar owners and enthusiasts to a meeting. The result on April 16 1969, was the formation of what is now known as the Jaguar Drivers' Club (Auckland) Inc.

The first event, on June 9 1969, was a fun rally and gymkhana, followed by lunch at the Puhoi Hotel (for the princely sum of $1.00 for adults and 50c for children) and an evening "get together" in the Architects' Clubrooms on Symonds Street.

The Club has grown steadily since its humble beginnings and is now one of the largest single-marque car clubs in Auckland. The Club's main aim is to foster interest in and promote owning, driving, maintaining and restoring Jaguar cars. To this end, a wide range of events are arranged on a monthly basis. Although some events are competitive, all are social and family and friends of members are welcome to join in.

Other important persons in the Club's (and Jaguar's) history are:
Frank Raymond "Lofty" England. Lofty, who managed Jaguar's successful competitions department in the 50's, was the Club's Patron until his death in 1995.
After Lofty Passed away the mantle of Patron went to Tom Walkinshaw and then Norman Dewis until his passing at the grand age of 98 on the 8th June 2019
Norman held this position for 21 years
Norm (as he was known) was Jaguar's chief Test Engineer from 1952 -1985.

The Club's financial year is from August 1st to July 31st and the AGM is held in October/November.

Each major centre in NZ now has its own independent Jaguar car club, around 14 in all, ranging from the small with a dozen members through to Auckland with almost 500.

To be part of a group with like-minded interests, everyone appreciates Jaguar cars for their grace and pace and this in turn generates great camaraderie amongst all JDC members. 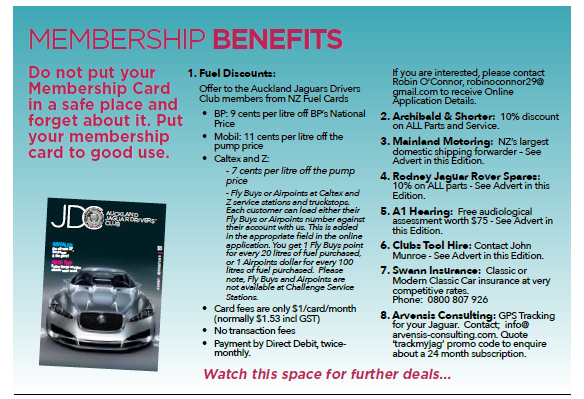 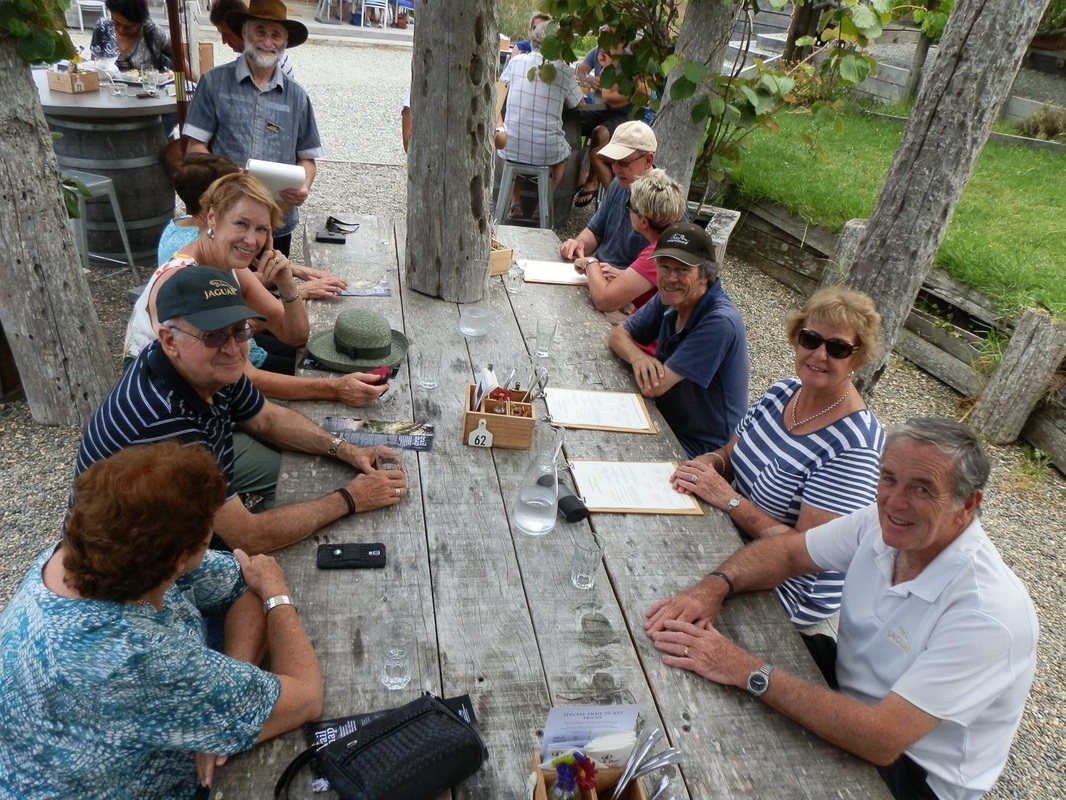 The Club arranges events for its members every month as advised in the Club magazine. Club days are usually held on a Sunday towards the end of the month. these are found on the EVENTS tab

Events can be broadly divided into three categories: