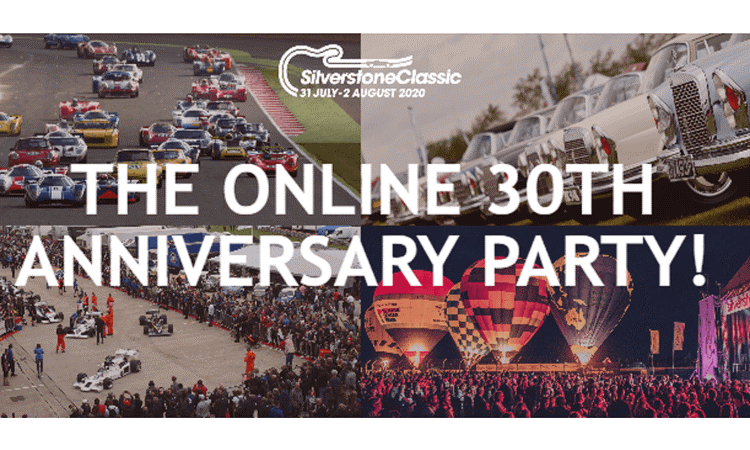 In just a few weeks' time the Silverstone Classic will be celebrating its 30th birthday with three days of outstanding moments from the last 30 years shared online… and, in true Classic style, everyone is invited to join in the celebrations.


The flagship event's anniversary had been scheduled to run between 31 July and 2 August before the COVID-19 pandemic forced its cancellation. Now, over the same weekend, fans around the globe will be able to enjoy many wonderful highlights from the past three decades via the Classic's social media platforms.

Moreover all-comers, whether retro race competitors, car preparers, trackside volunteers or the many millions of classic car owners and enthusiasts who have helped to create the world's biggest classic motor racing festival, are encouraged to share details of their own magical memories to be included in the online celebrations. 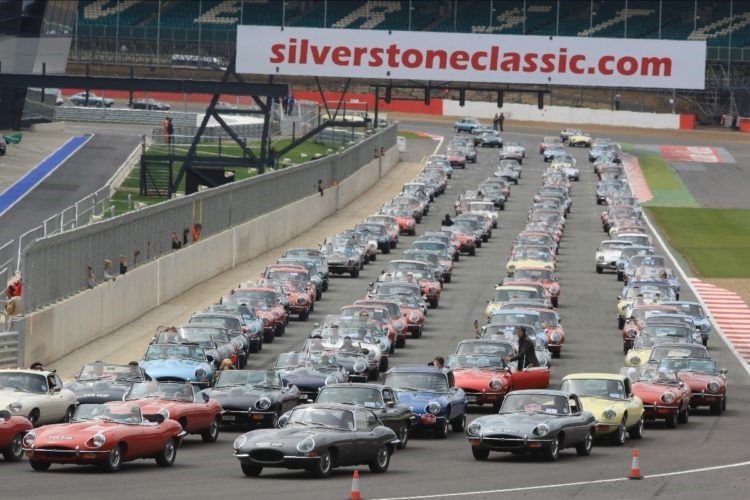 "We are inviting everyone to send us short 'vox pops' detailing their own personal favourite Silverstone Classic stand-out moment from the past 30 years," explained Nick Wigley, CEO of Classic organiser Goose Live Events. "Perhaps it was one of the fantastic races, or meeting a motor sport hero, or dancing to one of the great live bands, or joining one of the amazing track parades or just cherishing a great day's family entertainment - we'd love to hear from everyone."

All those wishing to contribute to the Online 30th Anniversary Party have until Friday 17 July to record and relay their 'Classic Moment' messages.

Contributors are going to be spoilt for choice, too. Having fuelled the now hugely popular genre of race meetings dedicated entirely to evocative historic motor sport, the Classic today features unrivalled grids of much-loved legendary F1, single-seater, sports, GT and touring cars from past golden eras.

It also attracts a wealth of racing royalty. Stars such as Sir Jackie Stewart, Nigel Mansell, Derek Bell, Murray Walker and the late Sir Stirling Moss have attended Classic events in the past, sharing their own memories with delighted visitors. Others like BTCC champions John Cleland, Tim Harvey, Jason Plato, Matt Neal, Gordon Shedden, Rickard Rydell and Colin Turkington have all regularly renewed their old rivalries on track.

Top bands including Status Quo, UB40, Santana, Mike and Mechanics and The Stranglers have also fired up the crowds when performing their chart-topping hits of yesteryear.

While the captivating 'Rocking and Racing' will certainly be in many memories, others will undoubtedly remember some of the incredible circuit parades organised in conjunction with passionate car clubs as their own highlights. In recent years, the Classic has witnessed world record numbers of Jaguar E-types, Ferrari F40s, McLarens and Jaguar XJ220s as well as spectacular on-track cavalcades of Minis, Porsche 911s, Bentleys, Mazda MX-5s plus a host of other esteemed automotive treasures marking their own marque and model milestones.

"It's so hard to know where to start when choosing a highlight," admitted Wigley. "I'm guessing we'll get an incredible range of these 'Classic Moments' ranging from mega races to sharing an unforgettable beer with a long-lost mate at the Scarf & Googles pub." 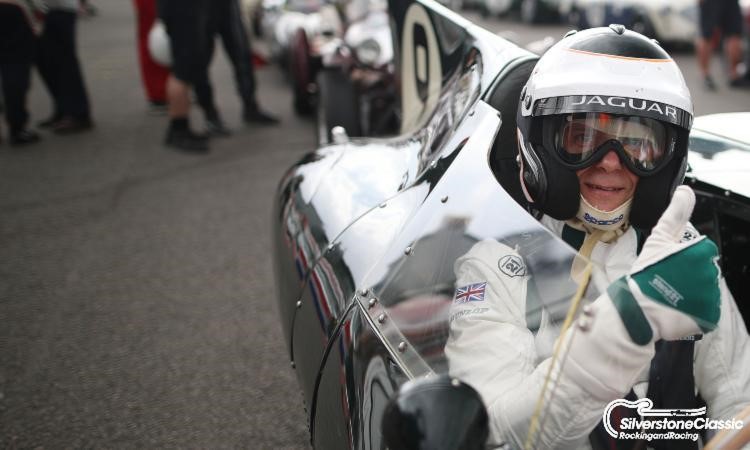 The dazzling Online 30th Anniversary Party will be shared across the event's YouTube and Facebook channels and - as well as 'Classic Moments' and past highlights - will also include live online classic, competition and automobilia sales from Silverstone Auctions. A full timetable will be confirmed shortly.

Looking further ahead, a provisional mid-summer date of Friday 30 July to Sunday 1 August has been announced for next year's Silverstone Classic. Embracing all of the 'Greatest Hits' party attractions planned for this summer plus a multitude of other exciting innovations, the delayed 30th anniversary celebration will more than make up for lost time. 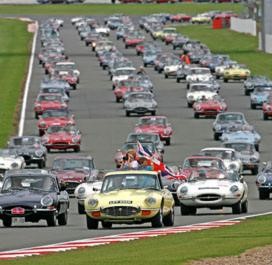