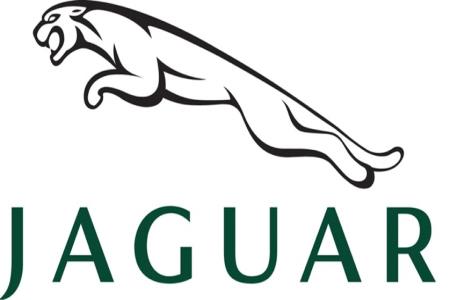 Jaguar cars racing in New Zealand recorded a long period of much success in what is regarded as a golden period of motorsport. Using the very strong and reliable Jaguar XK 6-cylinder DOHC engine, there were many Jaguar sports and saloon car successes for over 20 years from 1951; and this competitiveness was also enjoyed by owners of a number of other single seater, sports and saloon cars that used ‘transplanted’ Jaguar XK engines. 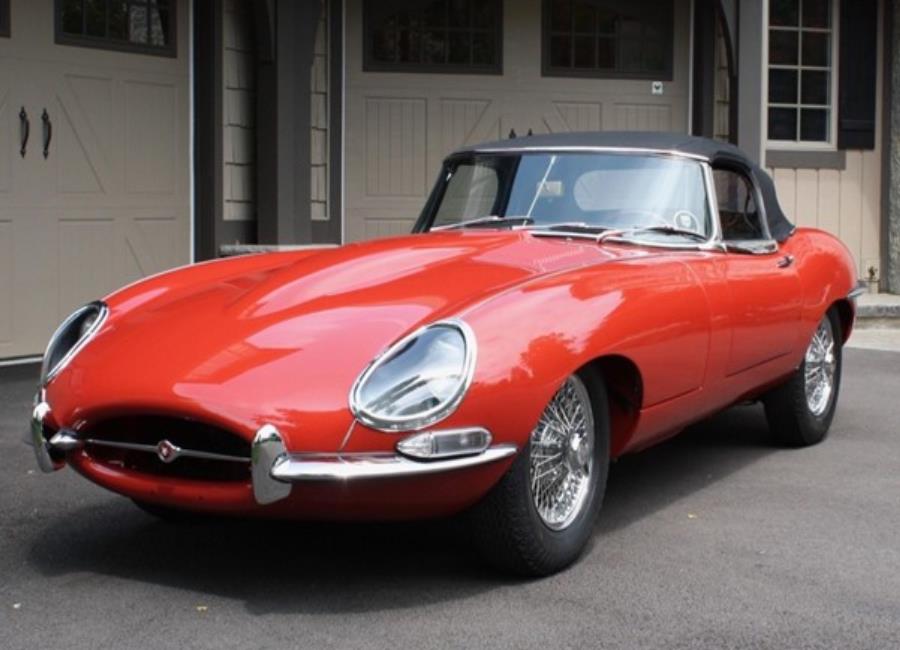 In 1950, A.J. Roycroft acquired the first Jaguar XK120 sports car in New Zealand, and his son Ron drove it at Seagrove in late 1950. From 1951, early success was registered with the new Jaguar XK120 sports cars that raced against a small number of Italian thoroughbred racing cars, such as Alfa Romeo and Maserati, and a predominately large number of New Zealand built ‘specials’.

Jack Tutton, Ron Roycroft and Bob Gibbons all chalked up some impressive wins and good placings in their XK120s on the road course at Mairehau (Christchurch), and on the airfield circuits at Ohakea and Wigram. By 1953 Sybil Lupp also achieved success racing a XK120. 1953 also saw the first of the big Jaguar MkVII saloons being raced, and the first of the ‘transplants’ saw an XK120 engine fitted to Ron Roycroft’s 1925 Bugatti T35A single seater.

The 1954 NZ International Grand Prix (NZIGP) held at Ardmore saw the first of many races for Ray Archibald’s very quick Jaguar XK120, as well as a HWM Jaguar single seater that was raced by Australian Lex Davison. As the season progressed Tom Clark (later to be Sir Tom) raced his big MkVII saloon at Ohakea, while the ex-Peter Whitehead Jaguar C-Type had its first race in Jack Tutton’s hands at Mairehau, and Ron Roycroft in his Bugatti T35A Jaguar won the big race at Dunedin. The HWM Jaguar was back for the 1955 NZIGP at Ardmore in Lex Davison’s hands, and Ray Archibald won at Mairehau in his quick XK120, with Jack Tutton’s C-Type taking 5th place.

Racing in 1957 at Ardmore were a MkVII saloon, an XK120 sports car, Frank Cantwell’s XK140 Fixed Head Coupe (FHC), Jack Shelly’s recently imported D-Type sports racing car driven by Bob Gibbons, and the venerable Roycroft Bugatti T35A Jaguar driven by Peter Gendells to 11th place in the NZIGP. Gibbons in the D-Type recorded a first place in the race for sports cars, and 5th place in the NZIGP. Racing at Levin, Wigram and Dunedin preceded Ryal Bush where the‘Mk1’ 2.4 saloon of Dr Dick Langley was entered, together with a XK120, a XK140 and the D-Type. Jack Tutton’s C-Type and the Bob Gibbons D-Type met on the grid for the first time at Mairehau; and at Oreti Beach near Invercargill, Ron Roycroft in his Bugatti T35A Jaguar achieved a boyhood dream by winning the NZ Beach Racing Championship. At the November meeting at Levin, Gavin Quirk debuted his ‘Mk1’ 3.4 saloon.

If 1956 saw some interesting XK ‘transplants’, 1958 was at least its equal: Scotsman Archie Scott-Brown drove a ‘works’ Lister Jaguar sports racing car, Frank Cantwell of Christchurch his ‘prototype’ Tojeiro Jaguar sports racing car, and Ron Roycroft his RJR Jaguar (alias the SH Special). Added to these cars were XK120s, and 2.4 and 3.4 ‘Mk1’ saloons. Archie was a crowd favourite, especially after his win of the Lady Wigram Trophy race. Later in the year, Hawkes Bay farmer, Angus Hyslop, purchased the ex-Shelly/Gibbons D-Type and made his successful debut in November at the inaugural street races held at Ahuriri, Napier.

At Ardmore in 1959, Archibald and Quirk drove their ‘Mk1’ 3.4 saloons, Crowther a XK150, Hyslop his D-Type, and Cantwell his Tojeiro Jaguar. The D-type and Tojeiro raced at Levin, before being joined at Wigram by David Young’s ex-Tutton C-Type, a XK120, and Archibald’s maroon coloured ‘Mk1’ 3.4. Racing for all, or most, of these cars continued throughout 1959 at Waimate, Teretonga, Ohakea, Levin and Napier.

Ardmore in 1960 saw a new owner, Arthur Moffat, in the ex-Cantwell Tojeiro Jaguar, David Young in the C-Type, and Angus Hyslop in the D-Type. Young and Hyslop raced at Levin, and were joined at Wigram by fellow Jaguar driver Ian Dow in his ‘Mk1’ 2.4 saloon. Dunedin, Teretonga, Waimate and Ohakea followed. Later in the year at Renwick, Ian Dow raced his ‘Mk1’, now with a 3.4 engine, Mrs J. Monk her ex-Cantwell XK140 FHC, David Young his C-Type; and at Levin in November, Simon Taylor raced his Mk2 3.8 – perhaps the first recorded outing of a Mk2 3.8.

Ardmore in 1961 saw RNZAF Aircrew member Bill Gardiner in the Tojeiro Jaguar, Angus Hyslop in his D-Type, David Young in the C-Type, Mk2 3.8s for Ross Jensen, Simon Taylor and B. Monk, and Ivan Cranch’s 1930s Maserati 6CM single seater now fitted with a Jaguar XK engine. Many of these cars were raced throughout the summer season at Levin, Wigram, Dunedin, Teretonga, and Waimate. Ross Jensen won the 1960 NZ Car Championship in his Mk2 3.8; and Angus Hyslop in his D-Type was second in the NZ Sports Car Championship to Malcom Gill’s Lycoming Special, with David Young 4th in the C-Type, and Bill Gardiner 6th in the Tojeiro Jaguar. Later in the year, Rod Coppins joined the fray in his XK120, Simon Taylor purchased the D-Type, as did Alistair McBeath in the ex-Simon Taylor Mk2 3.8, and young mechanic Brian Watson in the Bagnall Jaguar sports racing car.

1962 was perhaps the heyday of the Mk2 3.8, with four of them racing - Ray Archibald won the NZ Saloon Car Championship in his silver Mk2, and Alistair McBeath was 2nd in his dark green Mk2. Simon Taylor raced the D-Type at Ardmore, Levin, and Wigram, but crashed and overturned at Teretonga, only to be racing again late in the year at Mount Maunganui. There were plenty of other Jaguars racing at various venues – the Gardiner Tojeiro, Cranch’s Maserati 6CM-Jaguar, the Bagnall Jaguar, ‘Mk1’ 2.4 and 3.4, Mk2s, XK120, XK140, and XK150s.

Early 1963 in Nelson saw another NZ Beach Racing Championship go to Bill Harris in his 1935 Alfa Romeo Tipo B now fitted with a Jaguar XK engine – Bill had already won the championship in this car in 1960 and 1962. 1963 also saw the inaugural NZIGP meeting at Pukekohe where Alistair McBeath in his Mk2 3.8 had the now legendary battles and won against Bruce McLaren’s Mini-Cooper. Taylor’s D-Type, an XK120, a XK140, and two more Mk2 3.8s were also racing, along with Jim Boyd winning the New Zealander’s race in the Cranch Maserati 6CM Jaguar. Ray Archibald won the NZ Saloon Car Championship for the second time in his Mk2 3.8; and at Pukekohe in October, Tony Shelly and Ray Archibald won the inaugural Wills Six-Hour Saloon car race in their Mk2 3.8.

At Pukekohe in 1964, it was clear the number of competing Jaguars was dropping. Gary Bremner had purchased the D-Type, and Ray Archibald in his Mk2 3.8 was beaten into 4th place by the lighter and more agile Lotus Cortina Mk1s of Kerry Grant and Paul Fahey, and the Zephyr Mk3 of Ernie Sprague. By later in the year, Ian Green was driving the Tojeiro Jaguar, Gary Bremner had sold the D-Type and was now driving a Mk2 3.8, Dave Silcock was racing the first of his two XK120s, and Ivan Cranch had taken his Jaguar XK engine from the Maserati 6CM and fitted it to a Ford Consul Mk1.

At Pukekohe in 1965 there were only four Jaguars racing - Australian Bob Jane drove his Mk2 4.2, Gary Bremner his Mk2 3.8, the Tojeiro was entered, as was Ivan Cranch’s Consul Mk1-Jaguar. The Bagnall Jaguar joined Bremner’s Mk2 4.0 at Levin. At Wigram, Ian Dow and Gary Bremner in their Mk2s were joined by Dave Silcock’s rapid XK120. Only Dow raced at Teretonga, and only Silcock at Dunedin, with both of them racing at Waimate. Around mid-year, Ferris de Joux revealed his Ferrari Jaguar GT – the car was the ex-Roycroft Ferrari 375 F1 now fitted with a Jaguar XK engine and a fibreglass GT body designed and built by Ferris. By June, Brent Hawes was racing the Tojeiro Jaguar at Teretonga, and in October, Rod Coppins and John Ward in their Mk2 3.8 took 1st place in the 1965 Wills Six-Hour race at Pukekohe. Later in the year saw the Humber 80-Jaguar of Frank Radisich, and an E-Type racing for the first time at Pukekohe.

Early 1966 at Pukekohe saw the Radisich Humber Jaguar and Bremner’s E-Type racing, and at Wigram only the Hawes Tojeiro Jaguar and Silcock’s XK120. Silcock, Hawes and Radisich were all racing at Teretonga, but only Silcock and Hawes at Waimate. Brent Hawes took 2nd place in the NZ Sports Car Championship to Jim Boyd’s Lycoming, and Dave Silcock was 4th in his XK120. At Ruapuna in April, four Mk2 3.8s of Archibald, Sprague, Dow and Giff Tait raced in the 30-minute Rothmans Production Saloon event, and in October at Pukekohe Ray Archibald and Tony Shelly won the Wills Six-Hour race in their Mk2 3.8, with the Mk2 3.8 of Ernie Sprague and Dave Simpson taking 2nd place.

Beach races at Nelson in early January 1967 saw Bill Harris racing his Ford V8 Coupe fitted with a Jaguar XK engine, and Neil Stuart racing his Stuart Jaguar single seater. At Pukekohe there were only three Jaguar related entries – Lumsden’s Mk2 3.4, Silcock’s XK120 and the Watson Bagnall Jaguar. Only Watson raced at Levin, and only the Stuart Jaguar at Wigram. Noted builder of ‘specials’ in Jamie Aislabie fitted a Jaguar 2.4 XK engine (later a 3.8) to a Cooper sports car body and in his Cooper Jaguar he achieved modest success in hillclimbs and on the track. Ernie Sprague won the Rothmans 30-minute race at Ruapuna in his Mk2 3.8 with Ian Dow also competing in his Mk2 3.8.

By 1968, Jaguar presence on the track had waned significantly. March saw the last event for Brian Watson’s Bagnall Jaguar before the Jaguar XK engine and suspension were saved and the car sent to the dump. Late in the year, Scott Wiseman started racing his very quick E-Type, soon to be fitted with its distinctive high rear wing.

As with Jaguar racing in 1968, 1969 proved to be equally devoid of the famous racing marque. Scott Wiseman raced his E-Type, Jamie Aislabie hill-climbed his Cooper Jaguar, and late in the year, Dave Silcock debuted his rapid but dated Mk2 3.8.

1970 saw circuit racing by Silcock’s Mk2 3.8 and Wiseman’s E-Type, and hill-climbing and circuit racing by Aislabie’s Cooper Jaguar. Wiseman blew the engine in May and sold the E-Type in late 1970, and Brian Watson debuted his self-built Phoenix Jaguar in October. The Northland Special was fitted with a Jaguar XK engine – this car in an early form, as the Jackson Special, won the NZ GP at Ohakea in 1950.

1971 saw Dave Silcock campaigning his Mk2 3.8 in the ‘National’ series, and in March, Jamie Aislabie started racing his newly created SID Mk1 Jaguar 3.8 rear engined sports racing car. Brian Watson continued to race his Phoenix Jaguar. Jamie Aislabie crashed the SID Mk1 at Timaru in October and rebuilt the car with a Ford Mustang V8 engine. Also in October, Steve Millen started racing the ex-Silcock Mk2 3.8 and he continued racing the car nationally until April 1972 when the last of the famous Jaguar marque to race nationally in New Zealand was retired.

Interest in ‘Historic’ racing took flight in the later 1970s wherein Jaguars, including ‘Mk1’s, Mk2s, XK120, XK140 and XK150s took to the track once again. In the mid-1980s, two Walkinshaw entered Jaguar XJS V12 cars were raced at the Nissan Mobil events at Wellington and Pukekohe. But it was the magic of the mighty Jaguars, and other Jaguar XK engined cars and ‘specials’, racing in New Zealand from the 1950s until the 1970s that has left a very favourable and lasting impression. 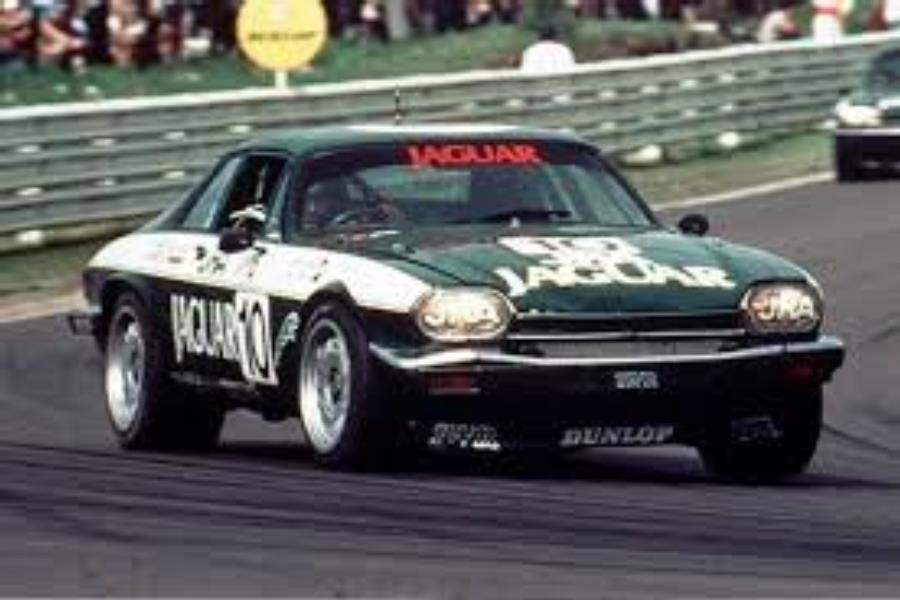