The Jaguar & Land Rover Connection with the 007 Franchise.

007 - James Bond is well known for his connection to Aston Martin.  There have been a few interlopers sneaked in through the years, but everyone knows the sweet sound of his BD5.  That distinctive noise as he is being chased through iconic cities streets or twisting back country roads by various villains through out the franchise. It is seldom talked about, but there have been a good number of different Jaguars (and Land Rovers) used in recent times in supporting rolls.  Some with very small parts, but most notable are the ones used by the villains in substantial car chases through the streets of some well known cities.

The first notable car chase involving a Jaguar was the 2002 Die another Day. Featuring Pierce Brosnan as ‘Bond’, he was chased by the lead henchman, Zao, across the ice.  This very distinctive green XKR was the 4.2 litre supercharged version literarily loaded with many extras and surprises. 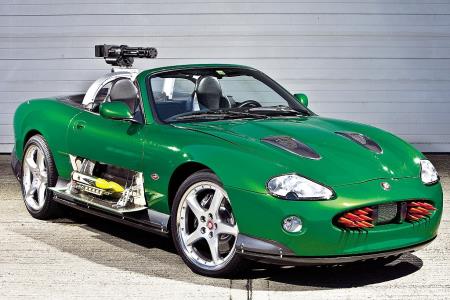 was in the 2006 Casino Royale featuring Daniel Craig in his first film as James Bond. It was not so much the sequences of car chases in this movie but almost at the end of movie, we see the XJ8 in a cameo appearance. This is where Bond contacts and locates Mr. White. Mr. White is seen driving the XJ8 into an estate at Lake Como. As most of the serious car chases in this movie used various Italian made cars, it was rather special to see the XJ8 used in this scene. As Bond shoots Mr. White in the leg, it is nice to know the XJ8 was unharmed and lived to see another day. 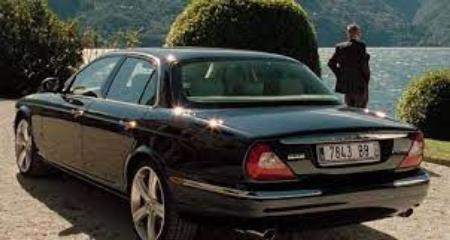 was the 2012 Skyfall.  A scene where the chairman of the Intelligence and Security Committee of Parliament rides with M in a XJ-L [MI6 preferred mode of transport]. This scene is along the banks of the Thames, where they discover MI6's servers have been hacked. M receives a taunting computer message moments before the MI6 building explodes. 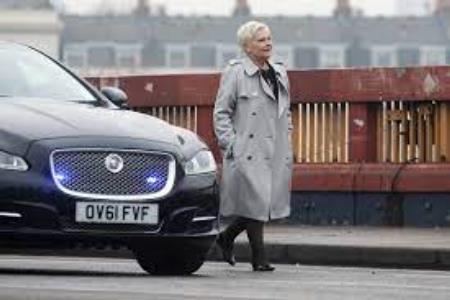 was Spectre in 2015.  This is quite possibly one of the best car chase sequences ever filmed in any previous Bond movie. Who wouldn't have loved to be the villain driving the infamous super car, the jaguar C-X75? Bond disobeys M's orders and travels to Rome to attend Sciarra's funeral. He saves and seduces Sciarra's widow, Lucia, who tells him Sciarra belonged to an organisation of businessmen with criminal and terrorist connections. Bond uses Sciarra's ring to infiltrate a meeting to select Sciarra's replacement, where he identifies the leader, Franz Oberhauser. After hearing Oberhauser give the order for the "Pale King" to be assassinated, Bond is pursued across the city by the organisation's assassin, Mr Hinx. Eve Moneypenny informs Bond that the Pale King is Mr. White, a former member of the organisation's subsidiary Quantum who had fallen afoul of Oberhauser. 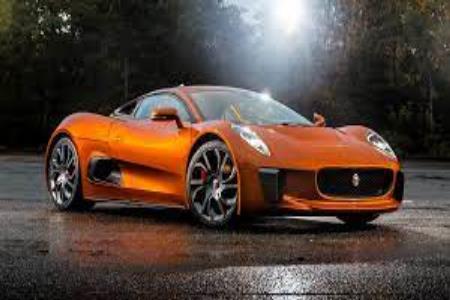 This was not the only JLR vehicle to make a huge impact in this movie.  The trustee Land Rover & Range Rover play some big parts in this show also. 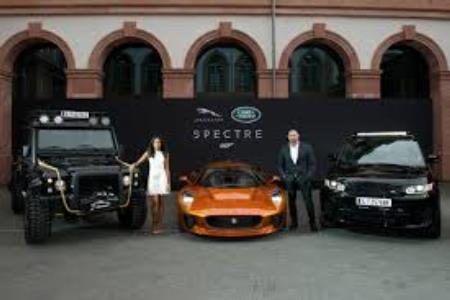 This sequence is not your usual Bond car chase but rather a 'plane v car' chase.

..is the final Daniel Craig 'Bond' movie called 'No Time to Die'.  Once again, the villain's car of choice is the Jaguar XF. The opening scene is the Italian town of Matera, a town in Basilicata that is carved directly into the hillside. Hundreds of tiny grottoes make up the famous town, which as recently as the 1980s was all but abandoned. 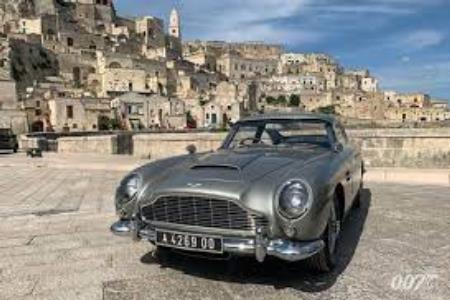 Click on the photo for a behind the scenes look at this sequence. 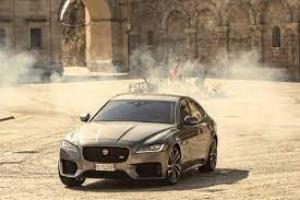 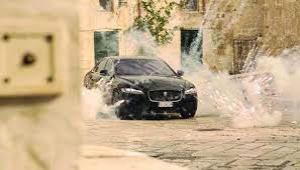 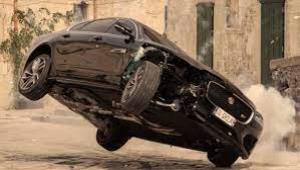 Not to be out done, JLR's gifted a number of Range Rovers and Land Rovers for other chase scenes in Scotland for this movie.

Director is taken somewhere very special - JLR Classic.  I am sure any Jaguar enthusiast would love to spend some quality time checking out what is stored in this vault.

Click 'HERE' to see and take a special note of what is in the background.

THE DAY HAS ARRIVED. - no, this is not the title of next installment.

With the world premier of this latest release 'No Time to Die' delayed until this year, you are in for a real treat.  Our very own Mitch Evans (JLR Racing) gets in on the act to help promote the release of 007s latest adventure. 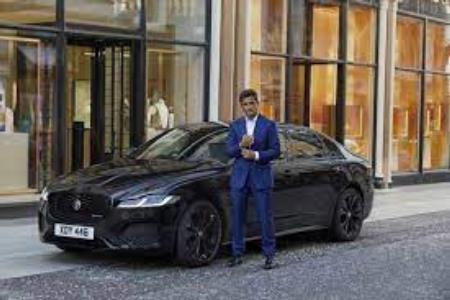